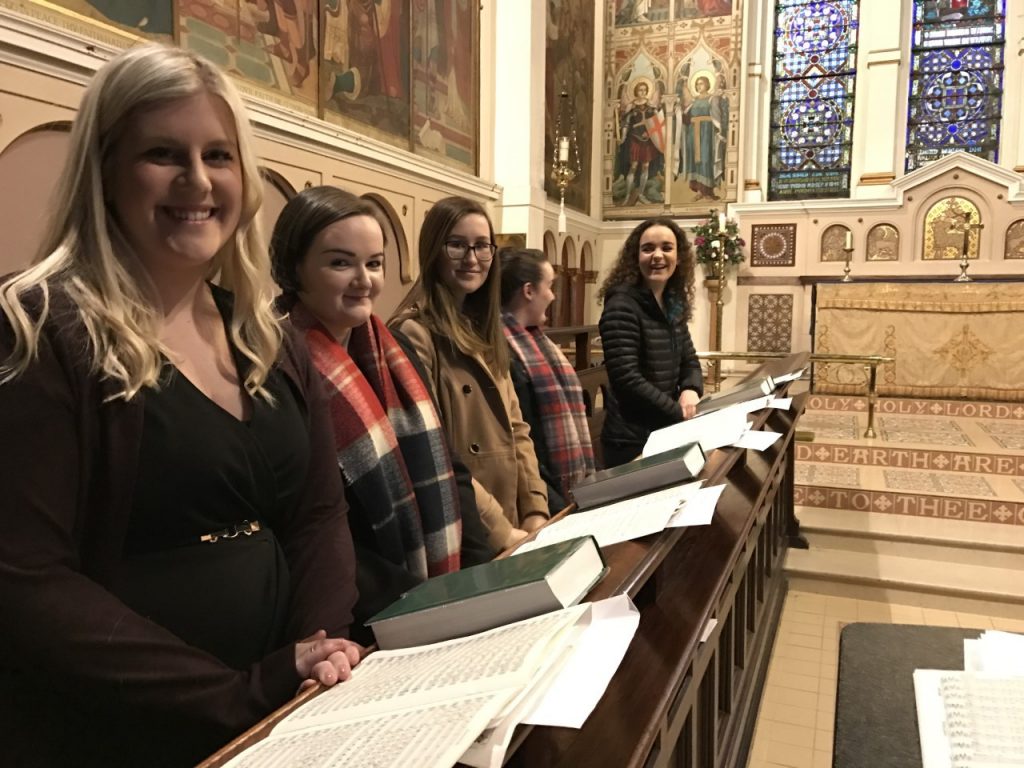 The choir this afternoon was made up of students from many schools across Belfast, from BRA, MCB, St Malachy’s and Wallace High. Thirty students started a new programme of monthly Evensongs, in which students will learn the repertoire that they might come across as university choral scholars. The sound was very strong and solid, for many it was the first evensong they’d encountered. Next month, October 23rd sees the second such evensong, where the students will sing Morley, Stanford in Bb and Beati quorum via, also by Stanford.